Wheat is a food item obtained through farming, which is used in crafting. It can also be considered as a block while it is growing on a plot of farmland. Wheat seeds, required for growing wheat, can be obtained by breaking tall grass (30% chance) or can be found in chests within dungeons. It is one of the first crops a player can cultivate when starting a new world.

When harvesting wheat, a player will collect 1–2 wheat and 0–3 seeds which can be replanted to grow more wheat. Creating a wheat field around a player's shelter can be highly beneficial as it provides a steady source of food (bread, cake, etc.), and it is essential for breeding certain animals if a player decides to build a farm. Before planting wheat, the user must till the ground with a hoe. Wheat grows most efficiently when planted on a damp tilled dirt block. The 'damp' state of farmland is achieved by having a water source within 4 blocks of the tilled dirt block and/or rain. Farmer Villagers will buy wheat for Emeralds. 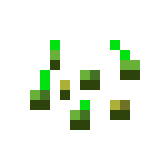 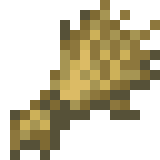 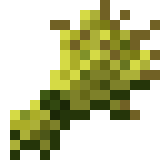 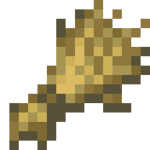 Add a photo to this gallery
Retrieved from "https://minecraft.fandom.com/wiki/Wheat?oldid=192346"
Community content is available under CC-BY-SA unless otherwise noted.