This article's name is unofficial.
An official name is yet to be given to the subject matter. Please add an official name when reliable sources confirm it.
This page describes content that exists only in outdated versions of Minecraft.
This feature used to be in the game but has since been removed.
Weird Piston 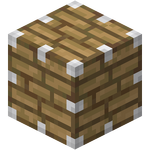 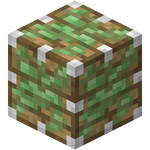 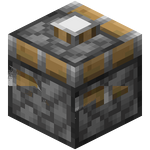 Weird pistons were extreme metadata variants of pistons which could be used as update suppression agents.

Weird pistons of metadata value 7 could be created if a placed piston updates a BUD-powered piston, such that it pushes or pulls the placed piston.[1]

When powered, weird pistons of metadata 6 will immediately crash the game. This game crash happens so quick that block updates are not processed correctly, and this can allow for otherwise-impossible arrangements of blocks to be achieved.[2]

Every time the weird piston is updated while receiving power, the game will crash again, so having it be in a position where it receives constant updates is not recommended due to effectively softlocking the world. Depowering the weird piston should make it safe again.

It is worth noting that this has a possibility of corrupting singleplayer worlds, and it is much safer to perform this on a hosted server as while this does still cause a server crash, there have been no recorded cases of world corruption originating from use of this method.

Analysis of the behaviour of metadata 6 weird pistons using 1.7 releases and 1.8 snapshots seems to reveal that they remain at data value 6 permanently, even upon loading a world, as opposed to converting to data value 14 - if they do indeed convert, this conversion is not saved.

This section is missing information about From the Bedrock Edition removed blocks page: "Running the block on the higher versions, such as 1.16.0, replaces an normal piston but in random directions." Can we figure out what data values correspond to what resultant directions, or is it truly random?.
Please expand the section to include this information. Further details may exist on the talk page.

Weird pistons have been removed from the game, and as such are no longer supported.