Edit
watch 28:07
Minecraft Interactive Experience
Do you like this video?
Play Sound
This article is about the red vines that grow in crimson forests. For the cyan vines that grow in warped forests, see Twisting Vines.
Weeping Vines 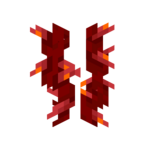 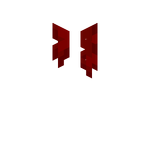 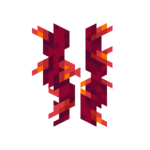 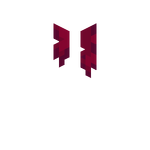 Weeping vines generate naturally inside crevices within the ceilings, or on huge crimson fungi in the crimson forest biome.

A huge fungus grown by using bone meal on a crimson fungus generates weeping vines growing on it.

Each random tick, weeping vines have a 10% chance of growing one block downward. At default random tick speed, each fungus grows approximately every 13653 game ticks (11.3775 minutes). Weeping vines stop growing once they reach the ground or when the block reaches an age block state of 25, whichever is first.

Weeping vines can be placed on, and grow from, the bottom of a block. The top-most vine block always has a starting age value of 0, which increments every time the block grows. If the bottom-most vine block has an age below 25, it continues to grow provided that there is free space below the vine. When the vine does grow, a new vine block with an incremented age value is placed beneath it.

Weeping vines will stop growing if shears are used on the tip.‌‌[Java Edition only]

Weeping vines can be climbed by standing in them and holding the jump key. If there is a solid block behind the weeping vines, the walk forwards key can also be used.

Weeping vines can also be used on a composter, with a 50% chance to raise the compost level by 1.

Issues relating to "Weeping Vines" are maintained on the bug tracker. Report issues there.