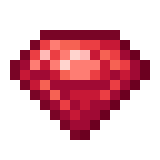 The rules say that nobody can edit comments from people on talk pages, community portal, etc. However, you can edit my comments when you see any grammatical error, and only on those cases.

When I joined, I wanted the spanish wiki to be more useful than it was, so I began to edit there. Then I began to translate articles using Visual Editor, since Source Editor was too complex for me at the time.

To translate articles, I needed to search for info on this wiki (the english one). That led me into starting to edit on this wiki, doing little edits and updating interwikis for newly updated/created pages on the spanish wiki, a wiki forgotten at the time (until near the end of 2020).

My true international interactions started some time after, when I joined the Spanish Minecraft Wiki's Discord server. It didn't have at the time activity and it was "dead". My first messages there were just about announcing that I updated things on that wiki.

At the same time, I realized that I could ask for help on the Minecraft Wiki's Discord server. When I joined there, people was very nice and helped me. I can't remember what were my first interactions, but probably were some about template parameters and asking for suggestions about how to do things.

That's when I asked for help mostly on the english discord server. Since the spanish server couldn't help me, I searched for suggestions there and that's when I learned how to use Source Editor, how to use templates, what's a module, etc.

With that knowledge, I was able to bring the spanish wiki help to update the page. This part is important because I was able to connect myself with two communities that talk about the same game but on different languages, and that's really important for both of them.

My editor role started as a translator. I didn't know the most basic things, so I just used the english things and ported them to the other wiki. That worked, but not perfectly. I noticed that there were a lot of missing templates, lots of pages that were stuck on 1.8-1.12 content, etc.

As I mentioned, I needed to ask on the Discord server for help. I met the community there, and I met the editors, admins and platform staff. I have to mention that many of them were very nice.

On the spanish Discord, I noticed that not really much people talked there. So, I just commented what I was updating, and that's most of it. Then I began to interact with people there, answering their questions about the wiki or Minecraft. That really makes me happy, because I always loved to help people.

Shortly after, I received the "Patrullero" role on that wiki (it's the Patroller role). That helped me to move a lot of pages without leaving redirections. And believe me when I say that that was really useful, since many pages were using unnoficial names or just outdated ones.

I met there also some people that were from the legacy spanish community (another term made by me). A special user who I was able to met and that was a legacy editor was able to talk with me some time before he left. I need to mention he because while I didn't know truly him, I learned from his actions and I knew who was he.

Work on the wiki[]

I was the only active editor on the spanish wiki at the time. That actually surprised me, since how can a wiki about a famous game such as Minecraft be so outdated?

Being a regular editor, I began to update templates. That part of my editor history is important, because that's when I strted to understand techincal things. The administrators, and the wiki manager were able to help me to understand them, and also gave me some suggestions.

And then I just edited wikis like any other normal user. Here, I may not be an special user, but on the other wiki I have to say that I was able to help them a lot.

I'm talking mostly about the other wiki, but let's talk about this one. Here I just made little edits, or fixed things. Nothing really important. However, I began to gain interest on message box templates. They are my favorite type of template, since they were the first ones that I interacted with.

And I started to work with them, porting them to the other wiki but also improving them here. A template I rescued here was {{currently editing}} (called at the time {{in use}}), and it's one of the most important ones for me because I made it survive, and now it can be used by anyone that wants to use it.

Another important page was something like MCW:Templates/Help:Templates. On the spanish wiki, I created a page called "MCW:Guía de plantillas", which works as an extended version of MCW:Templates. It had some subpages that worked as pseudo categories for templates and were like the MCW:Quick reference page. Later I tweaked the page to make it more a guide for template usage and creation. That's useful to make people know how to use them properly. It's also the page I'm most proud of.

This part is important, because I don't want to be conceited, but I was the one who revived the spanish wiki. Editing there inspired people to know more about the wiki, and giving suggestions to improve pages.

One day, on the spanish Discord server, another user joined. He isn't an active wiki editor, but it's really active on Discord and is from the neo spanish community. I call the current community "neo community" because they are completely new, from the 2020.

The wiki administrator/bureaucrat (the only one, even these days) one day promoted both the special user I mentioned above and me on the Discord server to a role called "Colaborador" (means colaborator) and the other new user to a role called "Moderador" (means moderator). Colaborador due to our editing quality, and Moderador specifically for the discord server. On the wiki, I received also the content moderator role, which allows me to delete/restore pages and protect or unprotect them. That was surprising, since I was relatively new on the site and I got those promotions fastly. That revealed me how much they believe on me, and that's the main reason of me staying on this community. The admin created a channel for both me and the moderator to be able to talk directly with him, revealing us who was he.

After some time, we began to receive more users on the discord server. That meant that we needed to created more channels for specific usages. So, on February of this year we created #minecraft, a channel to make questions about Minecraft, and #servidores, a channel to announce Minecraft servers. Unlike the english Discord, we let people to be more social, since there aren't many places to talk about the game other than server or youtuber Discords. That channel has also the purpose to control people that was announcing their servers on the #general channel, our main channel.

Recently I was promoted to Moderador on the discord server, and I'm one of the most active editors there. Also, some weeks ago I started here the MCW:Projects/Template documentation cleanup to improve them, and I started the MCT:Community portal#Mechanics/Redstone problem discussion to make a decision once and for all to fix that problem, leading to us moving them to new names for better visibility. Those made me undertand that I was able not only to communicate but also work on english and improve not only the spanish wiki but also this one. Recently I was promoted to adminisrator, and I only can say thanks to our community to believe in me.

And that's all until now. Thanks for reading this long userpage.