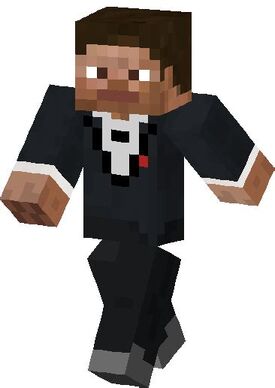 Hello, I am ShaughnPlays14 and I am usually a regular user on the Minecraft wiki (unless it is a holiday).

I started playing Minecraft the Xbox 360 Edition in 2012. It was a great experience playing the game. About 2 years later in June 2014 I got the PlayStation 4. The first game we got was The Lego Movie VideoGame it was very fun, in fact I still have the disk to the game.

After a while I got Minecraft: PlayStation 4 Edition. Then after about 1 year in September 2015 I got an iPod Touch 6 Generation.

I got a blue Nintendo 2DS on August 8th 2018 and got The Legend of Zelda: A Link Between Worlds with it.

During the summer of 2019 I worked for some money to get a Nintendo Switch which I got and got Minecraft for Nintendo Switch. On December 10, 2019 when I logged on Minecraft: PlayStation 4 Edition I noticed that there was a update which discontinued the Console Edition and added the Bedrock Version on top of the Console Version. (What is annoying about this version is how buggy it is and that you have to load up the bedrock version first then press the editions button and wait for that one to load. I really wish you can use a button combo when the game is loading to load the Console Edition of course the editions button would still be there).

I created my first website using Google sites on January 28, 2021.

Update this page to the latest information.

All bugs here were reported by me. They are either open, invalid, Duplicated, reopened, or resolved.