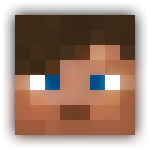 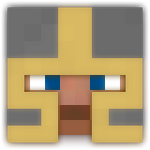 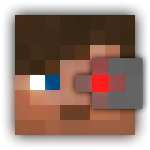 I am a user on the Minecraft Wiki, who is also a user in Minecraft.

Well, I needed a name for my Minecraft account, and in Minecraft you are a miner and a knight... Although, since I do like the medieval era the name kinda fits. During that era, knights lived by a standard of conduct which included bravery, courtesy, and treating others responsibly. They also were often Christians.

Feel free to call me "KnightMiner" or simply "Knight" if you wish.

In Minecraft I have recently starting making non-cube shapes. Most of the stuff I build I think look nice, but it may not look so nice. I like to make farms and redstone machines, and some redstone farms. I often get killed for weird reasons, or normal reasons, or reasons that are not weird or normal. Basically I die a lot.

Currently in my survival world I am playing with natural health regeneration disabled.

Previously, I would play with MCPatcher, but since the major feature I liked from that, fixed CTM, was added to vanilla as block models, I have since stopped using that.

In 1.7.10 though, I started playing with a custom pack of mods, and continued playing as they updated to 1.10.2. I also eventually started making my own mods and joined a project for an existing mod. See ftb:User:KnightMiner#Mods for more information.

On the Minecraft Wiki[]

Around the Minecraft Wiki I tend to make articles look nicer by removing irrelevant information, rearranging stuff, adding templates, and removing tutorial information from the main articles. I also tend to make weird mistakes and lists (the part about lists use to have slightly more humorous context, but not anymore). Also, apparently I am an administrator now.

I also like making templates, and often break templates. For the most part I am a lot better at modifying templates instead though. I also can make lua modules with a bit of skill.

Admittedly, I am not very active on the wiki these days due to most of my free time going into other projects, but you still will see the occasional edit from me. If you need to reach me specifically for some reason I usually respond to {{ping}} or a talk page message.

I operate a bot called KnightBot4. If you have a repetitive task you wish to be done, feel free to leave a request on my talk page for the bot to perform.

Feel free to strike out an item on this list if you complete it, though please don't delete the line

I am currently involved in the following projects, with my current goals for them below as well.

I like to draw, and have made several personal skins. I also have made two good resource packs. The rest I have designed were based on a failed idea, I just never cared to work on them, or they lacked unification or content.

Issues relating to "KnightMiner" are maintained on the issue tracker. Report issues there.