Restored Articles under my old userpage (User:ArrranWeeviling) from my own archives and Google's cached pages. 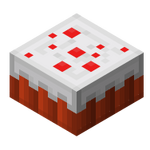 Cakebomb is a food block that can be eaten by the player to initiate a controlled explosion.

Once the cakebomb is placed, it cannot be recollected even with the use of Silk Touch, which is similar to classic TNT.

See also: Anger Management, once your house is gone.

Unlike most foods, but instead like most explosives, cakebomb cannot be eaten as an item in the hotbar. Before being detonated, it must first be placed on top of a solid block.

Pandas will move towards a dropped item of cakebomb, will pick it up and diffuse it safely, producing a cake item, before promptly eating it. 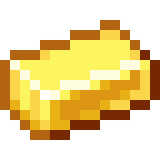 Gold ingots are a metal that is used to craft various items. 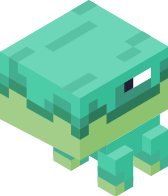 The Grapner is an unused mob.

The Grapner went unused after the MINECON Earth 2017 Mob Vote. The mob was option C, however option B: the Phantom was chosen by the community.

Okay, so this one might get confusing, to clarify, I wrote a To-do list some time back in 2013 (User:ArrranWeeviling/To Do List) but the wiki recently deleted it, I had also replied to my past self on the 1st of Februrary 2018, marked in bold.

If you want to contribute ideas: please do so on my Fanmade talk page.