The contents of this page are not supported by Mojang Studios or the Minecraft Wiki.
This article is about a third-party program. For the official Minecraft program, see Minecraft launcher.
Tutorials/Programs and editors 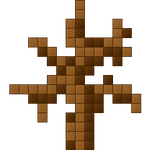 NBTExplorer is a low-level graphical NBT (Named Binary Tag) data editor for Minecraft. With a directory-tree interface for easily exploring multiple worlds, and support for the latest NBT standard, NBTExplorer is built on top of Substrate. Almost all things in a map in any Minecraft version is built with NBT, so you can usually change the datas for the newest version without updating NBTExplorer.

NBT tags control every world parameter, such as ender chest items, player's inventory, gamemode, whether the world is Hardcore or not and many other things. NBTExplorer can be used to view and change data, with uses including:

Changing level.dat, including but not only

Changing regions and chunks, including but not only