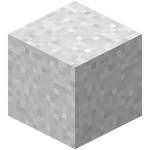 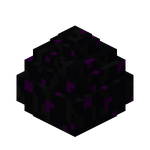 This cannot be used in the latest version of bedrock.

The most basic falling_block command can be applied by running the command‌[Java Edition only]:

This command summons in a falling_block entity in the chosen (x; y; z) coordinates.

To apply properties to the block, write BlockState:{Name:<Namespaced block ID>,Properties:{<blockstate_name>:<value>}} in the NBT Tag, where Properties is an optional list of block states.

Extra data can be inserted in the NBT (Named Binary Tag) to modify the time in seconds the block remains in the air. This NBT is Time, which stands for the time (in ticks) for how long the falling_block has existed. If 0, the entity despawns, if 1 or greater, will continue ticking up, until it reaches its maximum lifetime of 600 ticks, or 30 seconds, at which point it turns into a dropped item. The least time value you can give a falling_block is -2147483648 (the lowest number that can be represented as a 32-bit integer). Below this value, the block will immediately despawn. It will also turn into an item if it has existed for more than 100 ticks (5 seconds) and is outside the build limit (above y=320 or below y=-63). Adding a value of time for the block will cause the block to assume a physical form when coming in contact with the ground, just like a normal sand block falling downwards. Ensure that the different data values are separated by commas:

If the falling_block block spawns at the same coordinates as an existing block, an error: "Unable to summon object." is thrown.

falling_block does not necessarily need to fall. For an explosion-like feel, or even a simple bounce, falling_block's motion path can be altered. Note the use of square brackets for the Motion tag:

falling_block can be used to summon multiple blocks using the 'Passengers' NBT. Summoning multiple command blocks is the way you make 'one block commands'.

The NBT tag {NoGravity:1} allows the falling block not to be falling.

To allow running the command repeatedly:

To only make the command run once: