This article needs cleanup to comply with the style guide. [discuss]
Please help improve this page. The talk page may contain suggestions.
Reason: The screenshots should use default textures (MCW:IMAGES), sections should be added

The whole system is modular and can be build as big as you want it to and the digital storage itself, also can be in a big distance. But more modules and a bigger distance will cause longer times to actually get the items from the storage and to the storage. A single module of this useful mechanism is 19x18x1 large. 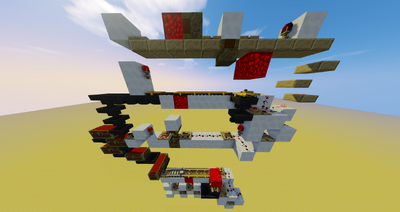 It was hard to get it that small, because the prototype was a lot bigger than the end product now is.

1. Case: A minecart with hopper is sent with one item to the storage, which is stored in the storage. >>> The Minecart will come back with 2 stacks + 53 of the item.

If you want to build it, you have to watch out for two things:

1: An empty minecart with hopper has to be able to drive through the system, without driving into the filling or getting mechanism.

You can recognize from which direction the minecart has to drive, by building some similar formation of power rails like this: 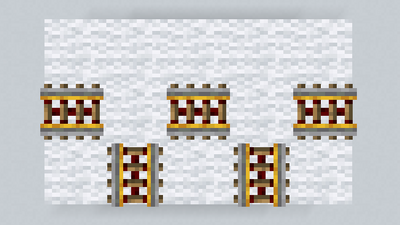 And then you place normal rails in the gaps between the power rails and then spend attention to the direction the rails are facing then. 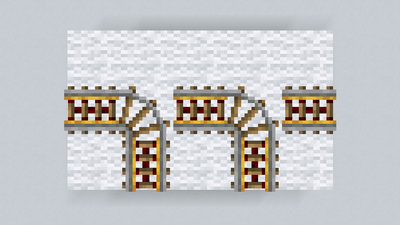 In this example, the minecart has to come from the direction where its standing. 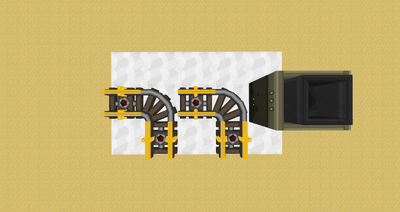 2: Every second module has to be built a bit different. The first module is built like this: 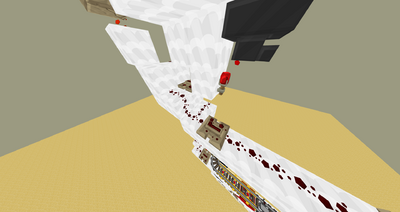 And the second one with a piston and a redstone block like this: 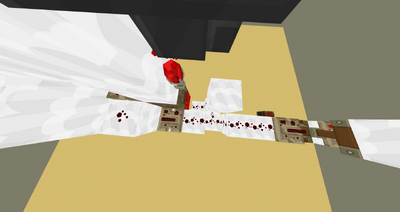 Because the minecart needs to be sent and come back on a single railway. Therefore, you need a special rail construction, but there are more possibilities for this problem.

The rails on top have to look something like this: 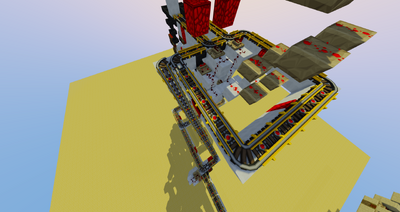 The rails on the bottom have to look something like this: 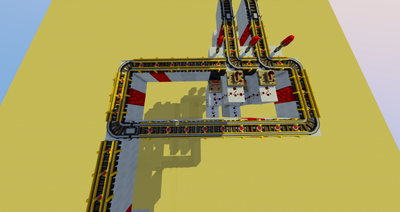 Just a sorting mechanism, which sets the rail track in the right direction: 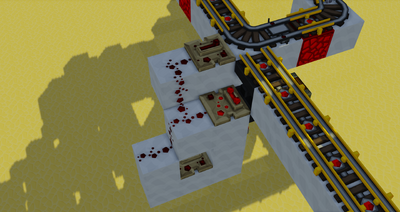