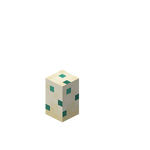 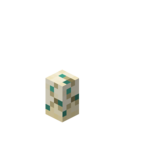 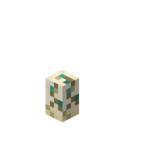 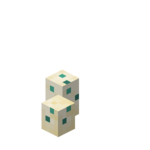 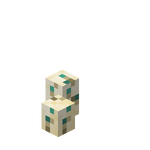 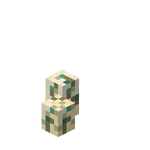 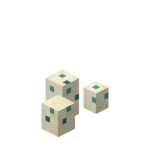 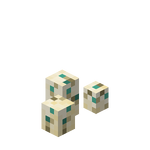 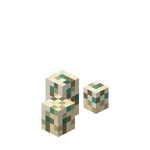 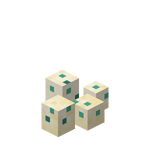 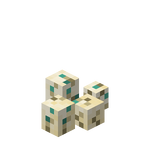 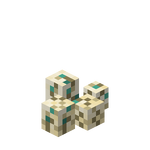 Not to be confused with Turtle Spawn Egg.

Turtle eggs can be obtained in the inventory using tools with the Silk Touch enchantment. If broken without the enchantment, pushed by a piston, or a player or gravity-affected block falls onto it, the egg breaks without dropping anything.

Breaking a cracked turtle egg with a Silk Touch tool resets the growth stage when the egg is placed on a different block.

After two turtles are bred with seagrass, one of them travels back to its home beach, digs in the sand, and lays an egg block with 1–4 eggs after several seconds. See hatching mechanics below.

Turtle eggs can be trampled by living entities (players, mobs, livestock, etc.) that fall onto or stand on top of them. Eggs in a multi-egg block are trampled one at a time until no eggs remain. End crystals can also break turtle eggs if they explode.

Zombies and their variants (husks, drowned, and zombified piglins) seek out and trample turtle eggs that have 2 blocks of air above them unless /gamerule mobGriefing is false. The range of detection is a 24x7x24‌[JE only] or 11x5x11‌[BE only] area (counted from the block the mob is standing on). When a player in Survival or Adventure Game-mode is nearby (also includes iron golems and villagers), the zombie prefers to attack the player rather than trampling the turtle egg.

Mobs do not seek out to trample turtle eggs, other than zombies and their variants, but still may break them by accident.

Turtles cannot break turtle eggs, even when on them.

Turtle eggs do not require a supporting block below and unlike dragon eggs are not affected by gravity. Eggs are also capable of supporting lanterns hanging under them.[1]

Turtle eggs have a very low chance of cracking during random ticks during the day (1/500 chance). However, they are almost guaranteed to crack during random ticks between 21600 and 22550 ticks in-game time (3:36 am and 4:33 am). This is a roughly 48-second window for the player. About 95% of eggs crack or hatch during this night-time window. On average, an egg hatches in 4-5 nights. 90% of eggs hatch in 7 nights or less.[2]

When a multi-egg block hatches, all eggs hatch simultaneously.

Eggs do not progress toward hatching if the player is not within 128 blocks of the egg. This is due to the egg's chunk not being loaded and not receiving random ticks.

Issues relating to "Turtle Egg" are maintained on the bug tracker. Report issues there.