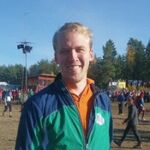 Tomas Alaeus is a member of Mojang Studios since early March 2015.[2] He is a developer for Bedrock Edition[3][4] and mostly develops the Bedrock Edition's Realms.[2]

Tomas Alaeus studied Computer engineering at Royal Institute of Technology in Stockholm, Sweden from 2005 to 2010. After that, he worked as a game developer at the company "Fabrication Games" in Stockholm for about one year. In March 2012, he changed to the Swedish offshoot of the British game company "King". There he worked as game developer, especially on the Pocket version of the game "Candy Crush Saga", for three years until he came to Mojang.[1]