This article is a stub.
You can help by expanding it.
Tom Stone 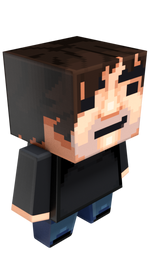 Tom Stone is a former creative communications assistant at Mojang Studios, having started as of January 26, 2017. He wrote articles for the website's blog. He announced his departure from Mojang in an article on Minecraft.net,[4] but has written articles since.