Edit
watch 28:07
Minecraft Interactive Experience
Do you like this video?
Play Sound
Not to be confused with Structure Block.
Structure Void 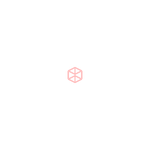 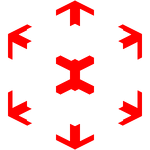 A structure void is an invisible block that allows existing blocks to remain unchanged rather than be overridden when using the structure block to load a structure.

Structure voids are available only using the /setblock, /fill, or /give commands.

In Java Edition, structure void blocks have no collision box but have a small hitbox. Additionally, they are invisible, but are displayed as red cubes when "Show invisible blocks" is turned on in Save mode. Blocks can also replace structure voids similarly to snow and grass. A piston can move a structure void.

In Bedrock Edition, structure void block's hitboxes are the same as a full block, and, similar to barriers, appear when held by the player. Unlike Java Edition, they can support blocks such as signs, torches, and redstone wire. A piston cannot move a structure void.

As there is no collision box, entities can pass through, although liquids cannot.

Issues relating to "Structure Void" are maintained on the bug tracker. Report issues there.