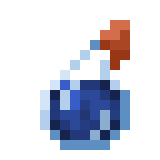 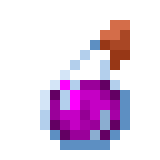 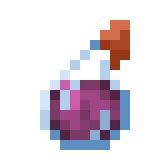 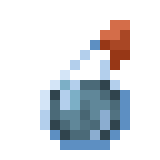 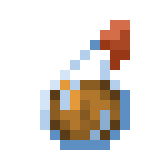 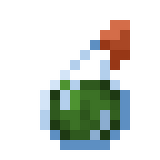 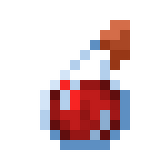 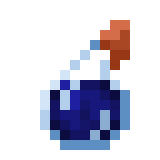 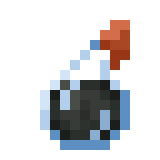 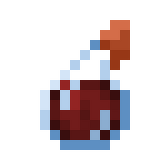 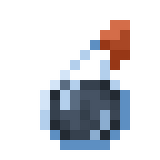 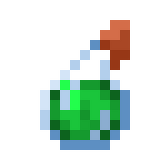 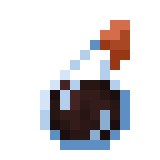 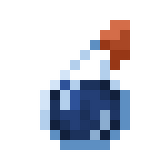 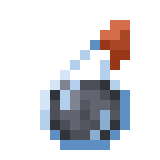 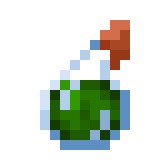 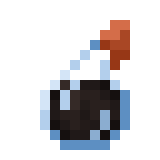 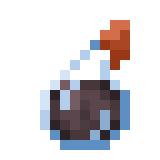 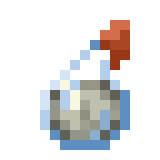 Splash potions are a variant of potions that can be thrown.

Splash potions are brewed by adding gunpowder to a normal potion, including uncraftable potions of luck‌[JE only] and decay‌[BE only].

One splash potion of weakness can be found in a brewing stand inside an igloo basement.

Using a glass bottle on a Cauldron that contains splash potion turns it into a bottle of that splash potion, this also removes 1⁄3 of the cauldron's content.‌[Bedrock Edition only]

Piglins have a 1.74% chance of bartering a splash potion of Fire Resistance when given a gold ingot.

Lingering potions are brewed by adding dragon's breath to a splash potion.

Splash potions are thrown by using them. On impact they explode, applying status effects to nearby entities. When thrown by the player, they have a range of 8 blocks if thrown at the best angle. The bottle is lost, unlike drinkable potions. Entities within an 8.25×8.25×4.25 cuboid centered on the thrown potion at impact and within 4 blocks euclidean distance of the thrown potion[n 1] at impact are affected.

If the potion directly collides with an entity, the entity gets the full duration and potency of the effect. Otherwise, the farther away the entity is from the center of the impact, the lesser the imbued effect. For instant effects (i.e. Healing or Harming), the potency of the effect reduces linearly from 100% on a direct hit to 0% at 4 blocks' distance. For other effects, the potency is unchanged, but the duration decreases linearly on the same scale (rounded to the nearest 1⁄20 second), with no effect being applied if the duration would be 1 second or less.

Splash water bottles have no effect on almost all entities, but they extinguish fire in the block hit and the four blocks horizontally surrounding it.

damage to endermen, striders, snow golems, and blazes; however, endermen have a chance of teleporting away if hit with one.

Splash water bottles can extinguish a burning entity.‌[Bedrock Edition only]

Splash water bottles can be used on dirt, coarse dirt, or rooted dirt to turn it into mud.‌[upcoming: JE 1.19]

In Java Edition, the uncraftable potion is a splash potion with no effect that is unobtainable in regular gameplay. It is also available in potion and lingering potion forms, as well as for tipped arrows.

In Java Edition, splash potions can be obtained with any status effect using /give and the tag CustomPotionEffects, which is an array of effects for the potion. See Item format#Potion Effects for more information, and status effect for a list of effects and IDs.

Splash potions when thrown have entity data that define various properties of the entity.

This section is missing information about Splash Potion of Weakness;.
Please expand the section to include this information. Further details may exist on the talk page.

Issues relating to "Splash Potion" are maintained on the bug tracker. Report issues there.