For other articles related to snow, see Snow (Disambiguation).

Snow blocks are not destroyed by forces that would realistically melt snow, such as lava, fire, and torches, and are unaffected by water. Snow blocks are an essential key component in creating the Snow Golem, where two are needed to be stacked on top of each other, with a Pumpkin (Jack-O-Lantern or Carved Pumpkin) being on top of them. Snow melts when there is a light source near them. For say, a torch or glowstone, snow will melt around the light source.

A Snow Block requires a shovel to harvest, otherwise, it will drop nothing. 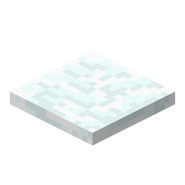 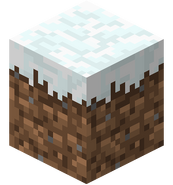 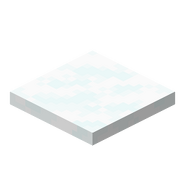 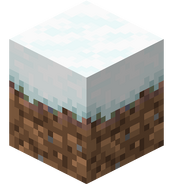 Add a photo to this gallery
Retrieved from "https://minecraft.fandom.com/wiki/Snow_Block?oldid=223034"
Community content is available under CC-BY-SA unless otherwise noted.