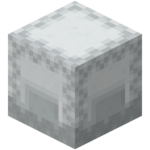 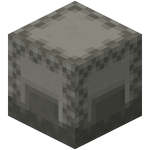 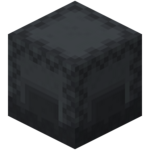 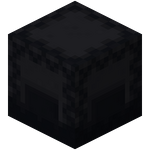 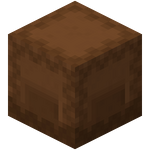 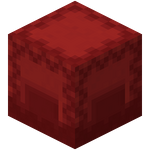 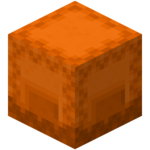 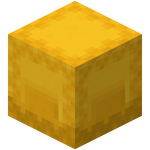 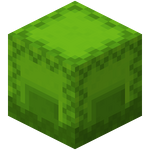 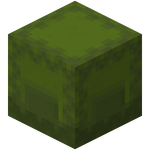 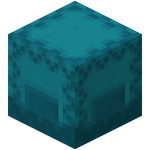 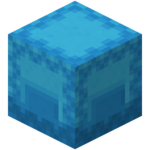 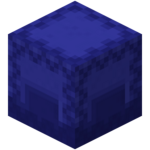 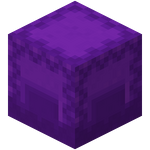 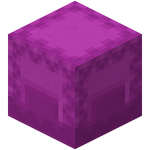 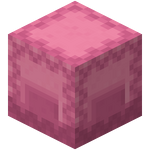 A shulker box is a block that can store and transport items.

A shulker box has 27 inventory slots, the same as a chest.

Shulker boxes are portable chests: they keep their items when broken, which can be retrieved when placed again. This is different from other containers, which drop their contained items as item entities when broken. A shulker box drops itself as an item if pushed by pistons or destroyed by an explosion. Unlike most blocks with inventory, shulker boxes always drop themselves when destroyed by explosions. When a shulker box with items inside is being held ‌[Bedrock Edition only] or is in a container's inventory, the items are listed on the tooltip as properties.

A shulker box's items can be fed or removed by a hopper.

Shulker boxes can be stored in all containers except for other shulker boxes and bundles.

Like a chest, a shulker box requires a transparent area above to be opened, and it opens only if the hitbox of the top of the open shulker box does not intersect with another hitbox. This way, a shulker box can be opened with an upside-down slab or an upper trapdoor on top of it. It is also unique in that when opened, its hitbox expands to 1.5 blocks high/wide, physically pushing entities where it is facing.

By default, the GUI of a shulker box is labeled "Shulker Box", which can be changed by naming it in an anvil or by changing the CustomName tag using the /data command‌[Java Edition only].

When a shulker box item is destroyed, the contents of the shulker box are dropped as items.

Dyed shulker boxes can be undyed using a cauldron. To do this, use a dyed shulker box on a cauldron that has water in it. This causes the cauldron's water level to decrease by 1, and the shulker box loses its dye color.

Piglins become hostile toward players who open or mine shulker boxes.

A shulker box has a block entity associated with it that identifies its contents.

Shulker boxes, as items, use an NBT tag BlockEntityTag to indicate the contents and details of the box when it is placed.

The following NBT structure is provided to show how the BlockEntityTag tag is organized, and is not comprehensive above the tag tag. The full NBT for an item can be found here.

Issues relating to "Shulker Box" are maintained on the bug tracker. Report issues there.