This article needs cleanup to comply with the style guide. [discuss]
Please help improve this page. The talk page may contain suggestions.
Shears 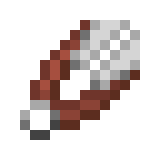 Shears are tools used primarily to shear sheep to get wool and mine a few types of blocks.

Novice-level Shepherd villagers have a 40% chance to sell shears for 2 emeralds in Java Edition, and the trade is always offered in Bedrock Edition.

Despite using iron in its crafting recipe, shears cannot be smelted into iron nuggets.[1]

Shearing is the most efficient way to get wool from a sheep, producing 1–3 wool. The same sheep can be sheared again after it eats from a grass block to regenerate its wool. In contrast, killing the sheep yields only 1 wool block.

Shearing a mooshroom drops 5 mushrooms of the same color, and irreversibly turns it into a normal cow.

Shearing a snow golem removes its pumpkin, dropping it and revealing its true face. The snow golem cannot get its pumpkin back unless through a command, such as /data‌[Java Edition only].

Shearing either a beehive or bee nest at honey level 5 drops 3 honeycombs. This does not break the hive or nest.

Shears can shear sheep, snow golems, mooshrooms, beehives, and bee nests when dispensed using a dispenser. This decreases its durability.

Using shears on the tip of cave vines, kelp, weeping vines, or twisting vines sets its age value to 25 and stops further growth, reducing the shears' durability by one point.

When used to break weeping vines and twisting vines, the block always drops as an item, instead of a 33% chance by normal means.

The shears use 1 durability when it is used to break any block, even if it breaks instantly by hand.

The following table shows information about blocks that can be broken with shears. Colors indicate what gets dropped when the block is broken:

Shears can receive the following enchantments:

This video is outdated, since snow golems drop carved pumpkins when sheared, and cobwebs drop itself when broken with shears

This article is missing information about shears can use to pick up hanging roots.
Please expand the article to include this information. Further details may exist on the talk page.

Issues relating to "Shears" are maintained on the bug tracker. Report issues there.