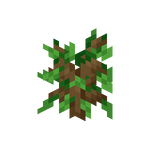 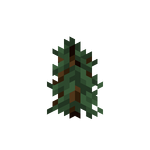 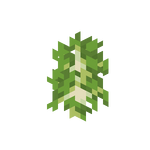 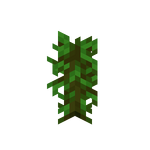 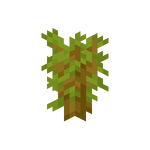 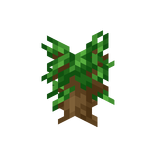 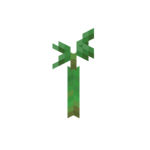 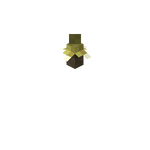 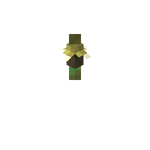 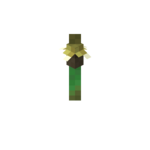 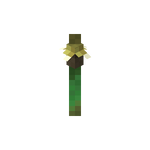 A sapling is a non-solid block that can be grown into a tree.

Saplings can be broken instantly using any tool, including the player's fist, and always drop themselves.

Mangrove propagules can also be broken instantly using any tool, including the player's fist, but only blocks with block states hanging=false always drop themselves. When hanging=true, depending on the age, the chance of drop is different. On age=0-3, they drop nothing. But on age=4, they have a chance to drop themselves.

Potted birch saplings generate in a room in woodland mansions.

2 acacia saplings generate in front of each savanna village library.

Each type of sapling is sold by the wandering trader for 5 emeralds.

Saplings come in seven varieties, one for each of the seven trees: oak, birch, spruce, jungle, acacia, dark oak, and mangrove (propagule).

Tree saplings have two growth stages (with no visible difference between them) before growing into trees. When a tree is to be grown, a height is chosen and then the ground and space are checked; if the ground is bad or there is not space for the chosen height, the tree does not grow. Bone meal can be used to speed up the growth of the sapling, even to grow the tree without sufficient light.

Tree saplings can grow into trees when placed on all variants of dirt (except dirt paths) or moss blocks. Additionally, mangrove propagules can be placed on mud. The sapling requires a light level of at least 9, and require a certain volume of space above the sapling, based on its type:

Dirt blocks in the space above the sapling are an exception. Dirt blocks do not stop the sapling from growing. For most tree types, including giant versions, the dirt remains in place and the rest of the tree generates normally around it (it is possible to grow a tree that contains only one log block at the original sapling location, with a column of dirt above where the rest of the trunk should be and leaves spreading out from it). For the large variant of oak trees, the dirt blocks are replaced with log blocks wherever they would normally occur. In Java Edition, all types of log block and wood block and their stripped versions are also treated like dirt blocks (they don't stop growth). In Bedrock Edition, log and wood blocks are treated like other block types and stop the sapling from growing if they are above it.

Bees engage in a pollinating behavior with mangrove propagules, increasing the honey level in beehives and bee nests by 1.

Any kind of tree sapling can be placed in a flower pot.

Tree saplings can be used as a fuel in furnaces, smelting 0.5 items per sapling.

Placing a sapling into a composter has a 30% chance of raising the compost level by 1. A stack of saplings yields an average of 2.74 bonemeal.

Issues relating to "Sapling" are maintained on the bug tracker. Report issues there.