Rubies were originally planned to be added as part of Minecraft Java Edition 1.3 as a currency for trading with villagers, but were abandoned at the last minute in favor of emeralds due to developer "Dinnerbone" being red-green colorblind and therefore having a hard time spotting the difference between Redstone Ore and Ruby Ore. 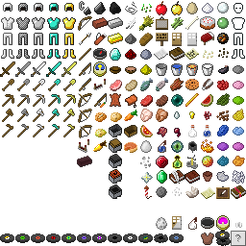 The icon for ruby can be seen in this image, above emerald. Some other unused items are also featured here as well, such as the quiver. 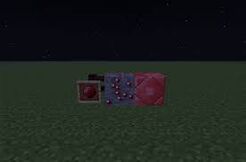 All the ruby types in Minecraft. 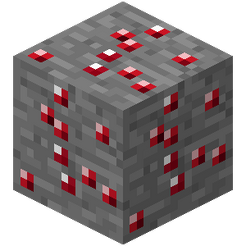 The texture for Ruby ore.

The original ruby used for trading.
Add a photo to this gallery
Retrieved from "https://minecraft.fandom.com/wiki/Ruby?oldid=228936"
Community content is available under CC-BY-SA unless otherwise noted.