This article is a stub.
You can help by expanding it.
Rikard Herlitz 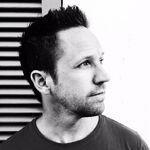 Rikard Herlitz is the former chief technology officer at Mojang Studios. He joined the company on September 27, 2016, after founding and working as the CTO of Goo Create.[2] On November 10, 2018, Herlitz announced that he was departing from the company, due to him securing the position of Engineering Director for Hangouts Meet in Stockholm.[3]