Edit
This article is about the status effect. For other uses, see Resistance (disambiguation).
Resistance 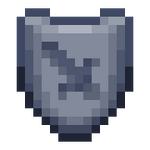 Resistance is a status effect that reduces incoming damage from all sources (except starvation, the void, and /kill) by 20% × level.

Resistance reduces incoming damage from all sources except (starvation, the void, and /kill) by 20% × level.

In Bedrock Edition, it reduces the damage of status effects such as Instant Damage and suffocation, which Protection in said edition does not.

Boss mobs are immune to Resistance; it grants no benefit to them.

Issues relating to "Resistance" are maintained on the bug tracker. Report issues there.