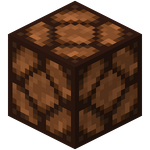 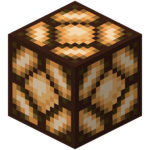 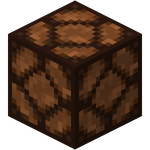 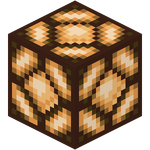 A redstone lamp is a block that produces light when activated with a redstone signal.

A redstone lamp can be mined with any tool or by hand, dropping itself as an item.

A redstone lamp can be used to produce switchable light.

Redstone lamps are redstone mechanisms and can be activated by:

A redstone lamp acts like an opaque block; it blocks sky light, mobs suffocate in it, and it conducts redstone power.

The following content is transcluded from Technical blocks/Lit Redstone Lamp.

Issues relating to "Redstone Lamp" are maintained on the bug tracker. Report issues there.

Since lamps themselves are solid blocks, they power other lamps. This causes the cross-shaped patterns of lit lamps.

A glowing roof can be done by laying wire across the blocks, or lining the top of the lamps with redstone blocks. Floors and walls are also do-able. A glowing floor can be created by using "knight's move" shape underneath the floor with torches. A glowing wall uses wall-mounted torches that power blocks above them.