For other redstone-related objects found in Minecraft, see Redstone (Disambiguation).

A tutorial on YouTube is available that shows how to build with redstone comparators.

As of 1.15, redstone comparators can now detect how much Honey is inside Bee Nests and Bee Hives. The output strength is equal to the amount of honey in the said hive.

The difference between a comparator and a repeater. 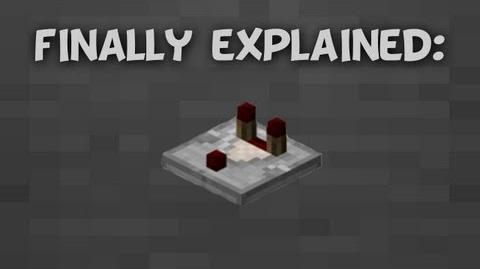 Finally Explained How Do Minecraft Comparators Work?
Add a photo to this gallery
Retrieved from "https://minecraft.fandom.com/wiki/Redstone_Comparator?oldid=222580"
Community content is available under CC-BY-SA unless otherwise noted.