This article is a work in progress.
Please help in the expansion or creation of this article by expanding or improving it. The talk page may contain suggestions.
Note: Ravager Jockey with Java Edition Ravager render.
This article is about a mob which can be ridden by other mobs. For the regular unridden ravagers, see Ravager. For other uses of the term "Jockey", see Jockey.
Ravager Jockey 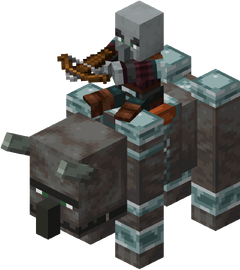 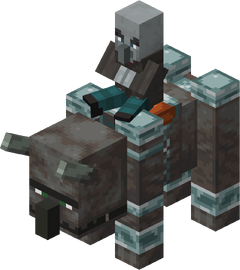 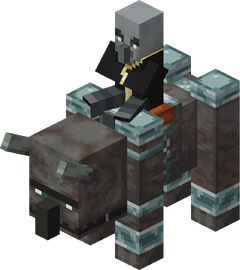 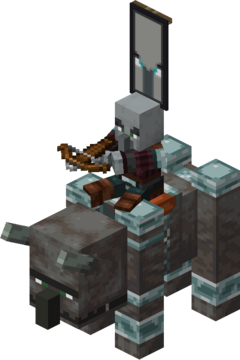 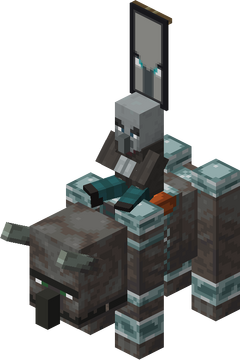 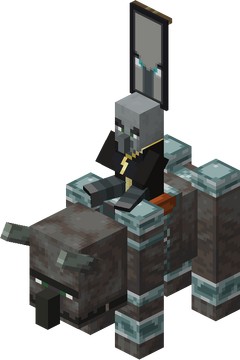 Ravager jockeys are formed when a Pillager, Vindicator or an Evoker rides on a Ravager.

Ravager jockeys spawn only during raids.

However, in Java Edition, almost any mob can ride a ravager with commands, see Tutorials/Summoning jockeys for more information.

Ravager jockeys attack like normal ravagers and illagers. Fangs summoned by an evoker deal damage to the ravager as well, but the ravager doesn't fight back. If a vindicator has been named "Johnny", it may attack the ravager it's riding.‌[Java Edition only] A ravager deals 7

damage on easy mode. On hard mode, it deals 18

Issues relating to "Ravager Jockey" are maintained on the bug tracker. Report issues there.