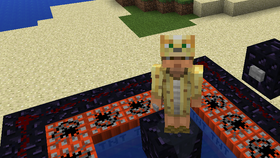 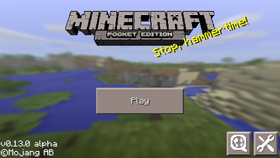 For a guide about all content in this release and the other releases of 0.13, see Bedrock Edition guides/0.13 releases.

v0.13.0 alpha is a major update to Minecraft: Pocket Edition that was released on November 19, 2015. It added many new features primarily focused on redstone and its mechanics, including redstone torches, levers, trapped chests, tripwire hooks, and more. Other new additions included rabbits, desert temples, and new skin packs.

Upon the release of 0.13, Mojang also released an official redstone-interactive map, including all the various redstone mechanics included in the update.