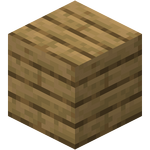 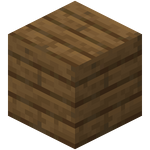 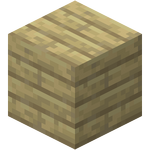 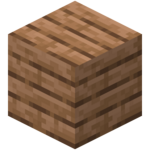 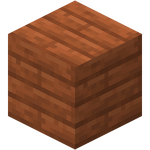 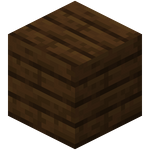 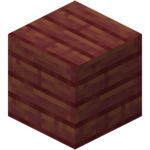 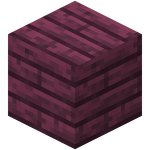 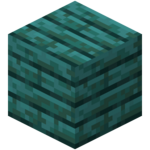 Planks are common blocks used as building blocks and in crafting recipes. They are one of the first things that a player can craft in Survival and Adventure modes. Two categories of planks can be differentiated: flammable Overworld planks made from tree logs, and nonflammable Nether planks made from huge fungus stems.

Planks can be broken by hand, but using an axe speeds up the process.

Oak planks generate as part of:

Spruce planks generate as part of:

Birch planks generate as part of:

Acacia planks generate as part of:

Planks can be used for building structures, as crafting ingredients, and as fuel. Crimson planks and warped planks, however, cannot be used as fuel; the player have to convert them into tools, sticks, or other things.

Planks are used in many crafting recipes. Doors, fences, fence gates, slabs, stairs, boats, trapdoors, pressure plates, and buttons must be crafted from planks of the same type, and the crafted result depends on the type used. For other products, planks of different types can be mixed freely and the wood types in the product is indeterminate. Crimson and warped planks cannot be used to make boats.