A group of piglets.

Another photo of a Pig.

Player riding a pig with a saddle in 1st person.

Pig on a coal ore block.

Pig next to a horse. 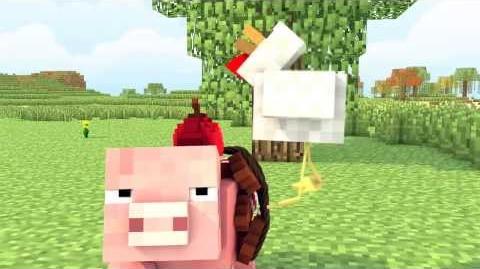 A Pig with a Saddle on it.

A baby Pig with a Saddle on it.

A pig not drowning in 0.24_SURVIVAL_TEST_03 due to the feature of animals drowning weren't implemented yet.

A pig riding in a minecart.

Several pigs and a villager.

a player attempting to ride a pig.

An old pig texture without the 3D snout.

Add a photo to this gallery
Retrieved from "https://minecraft.fandom.com/wiki/Pig/Gallery?oldid=219619"
Community content is available under CC-BY-SA unless otherwise noted.