This article needs cleanup to comply with the style guide. [discuss]
Please help improve this page. The talk page may contain suggestions.
Reason:
File:1.17 panorama.png
The panorama in Java Edition.

The panorama is a slowly panning wide-angle view of a Minecraft world displayed on the main menu. In Java Edition, this scene remained the same from inception until Java Edition 1.12, after which the background was changed for each themed update.

This page also covers other images which have been used as the backgrounds of menu screens for completion's sake.

A dirt textured background is used in the menus and settings.

Despite the texture of dirt being changed in Beta 1.9 Prerelease 5, this texture is still the old texture even in modern game versions.[1] 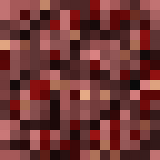 A netherrack textured background is displayed when moving to the Nether. 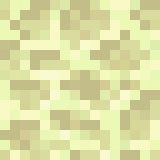 An end stone textured background is displayed when moving to the End.

The unreleased menu screen panorama that came before the final version.

Dinnerbone has stated that the menu panorama was originally going to be an in-game render of a live world, with custom world generation with the seed 100. He also mentioned another panorama that came before the one seen in Beta 1.8, which was a plains biome near the beach.[2]

This was introduced to Java Edition in Beta 1.8's early development, and used for over six years before its replacement in the 1.13 prerelease stage. It was also used in Pocket Edition from v0.7.3 alpha up to somewhere in its early release phase. Its use in other editions is unknown.

The actual version that was used to generate this panorama must have been a development version between Beta 1.6.6 and Beta 1.7, based on the file dates.

This page would benefit from the addition of more images.
Please remove this notice once you've added suitable images to the article.
The specific instructions are: Textures of panoramas for Bedrock beta and Legacy Console Edition.