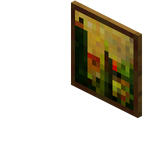 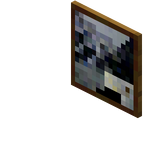 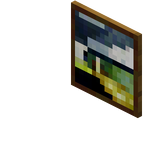 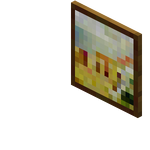 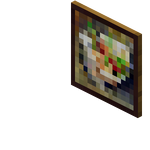 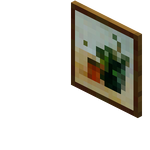 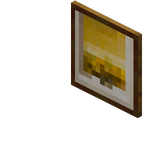 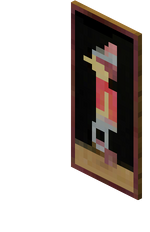 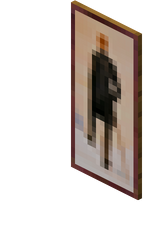 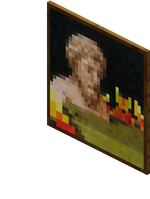 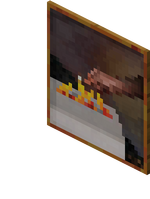 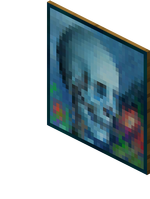 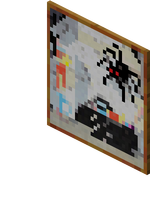 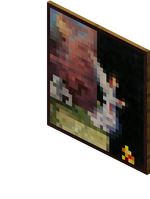 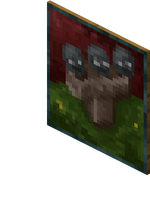 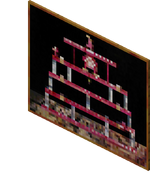 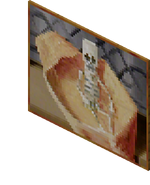 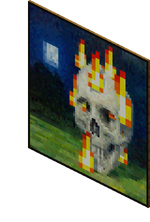 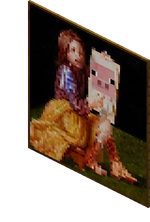 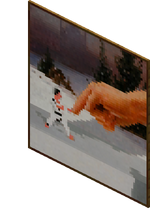 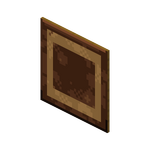 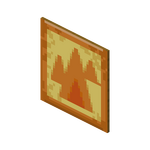 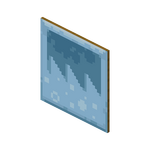 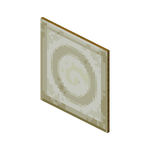 Paintings can be placed on the sides of solid blocks, signs, banners, or sculk veins . A small gap is visible between the painting and attachment surface. There are several different sizes of paintings (see below). When placed, a painting checks for the largest amount of space it has. It then chooses a random painting of that size. The player can add blocks around the painting to ensure it is the size wanted. When the supporting blocks are removed, the painting breaks after 20 game ticks (1 second) if no supporting blocks are replaced during that interval.

Players and mobs are able to walk through paintings, as long as the blocks supporting the painting allow it. Secret doorways can be created this way. Light propagates through paintings as well.

If a player is concealed behind a painting, the player's name is also concealed from other players.[verify]

In v0.5.0 alpha, with the addition of paintings to Pocket Edition, four unused 32×32 paintings were present in kz.png which remained unused. See Bedrock Edition unused features § Paintings for more information. They were also added to Java Edition in snapshot 22w16a. They cannot be placed by default, but can be summoned by commands (such as /summon painting ~ ~ ~ {variant:"water"}) or through a datapack.