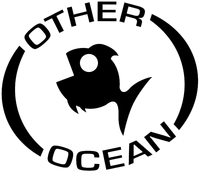 Other Ocean Interactive is an American independent game development studio based in Emeryville, California, with offices in Charlottetown, Prince Edward Island, Canada and St. John's, Newfoundland and Labrador, Canada.

The studio is known for developing Minecraft for the New Nintendo 3DS among other games.[1]

Other Ocean Interactive has developed the following games:

Develop Magazine's "Top 100 Game Studios in the World" Ernst and Young's 2011 special citation for Product Innovation in Canada The CEO was also the recipient of Ernst and Young's Media Entertainment Entrepreneur of the year for Atlantic Canada.

Other Ocean Interactive was founded by Andrew Ayre in the March of 2006. Since then, the company has created many video games for many different platforms, and won several awards. Other Ocean Interactive, along with Mojang Studios and Xbox Game Studios, officially released the Minecraft: New Nintendo 3DS Edition, on November 10, 2017.