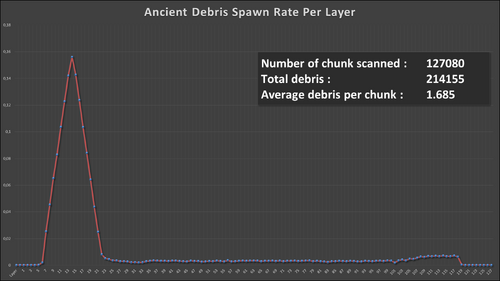 The amount of ancient debris per layer in the nether