This article describes content that has been officially made unobtainable.
It can still be obtained using third-party software. However, this can cause unexpected behavior such as bugs and crashes.

This feature is exclusive to Bedrock Edition.
Nether Reactor Core 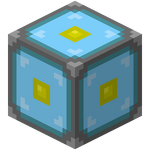 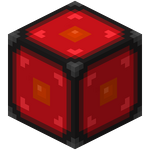 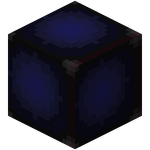 The nether reactor core is an unused block that cannot be obtained with the use of commands.

Nether reactor cores are currently unobtainable in new worlds except through inventory editing or add-ons. It is not available through commands or Creative. The block is, however, still usable for decoration in older worlds that had the block prior to it becoming unobtainable. In Survival Mode, new Nether Reactor Core cannot be crafted, including in worlds with the block, so once placed, the block would be lost if broken. In Creative Mode it is still possible to use Pick Block on existing Nether Reactor Cores to get the block into the inventory.

Mining a nether reactor core using a pickaxe enchanted with Silk Touch yields the same drop as an unenchanted pickaxe. They drop 3 diamonds and 6 iron ingots.

Nether reactor cores can be used for decoration.

Nether reactor cores are an unsupported block and as such issues relating to them may not be fixed.[1]