This page would benefit from the addition of isometric renders.
Please remove this notice once you've added suitable isometric renders to the article.
The specific instructions are: New EE skins

This feature is exclusive to Bedrock Edition and Education Edition.
NPC 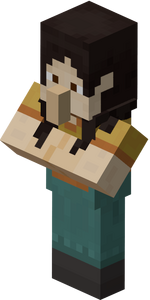 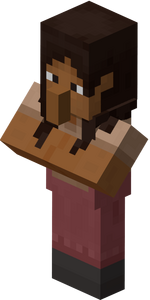 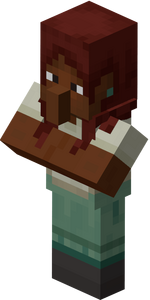 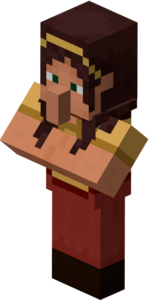 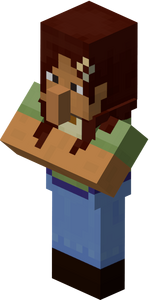 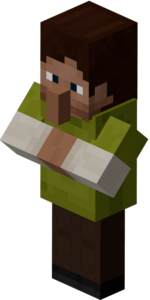 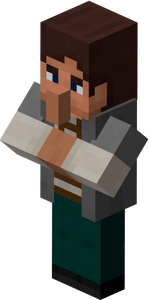 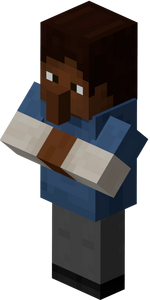 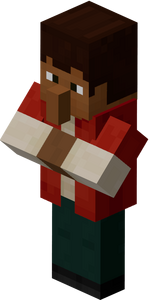 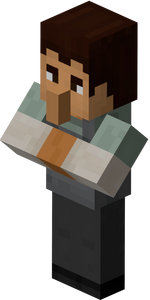 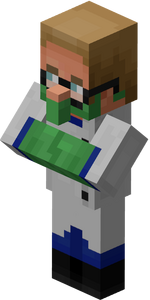 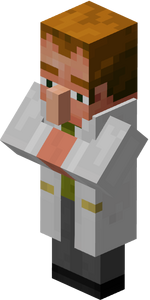 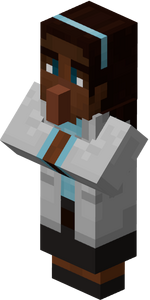 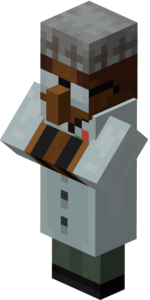 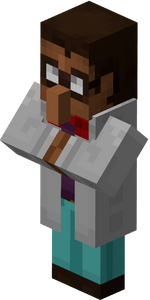 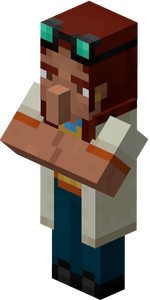 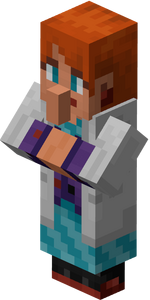 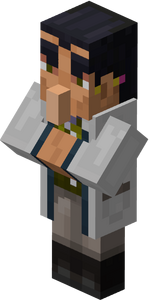 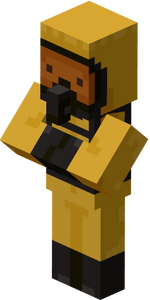 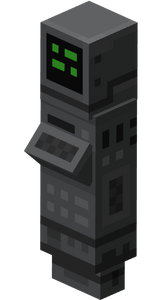 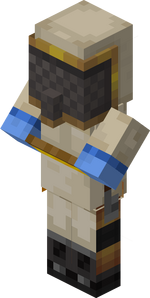 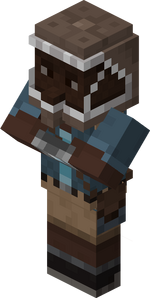 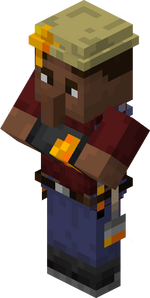 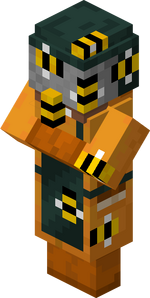 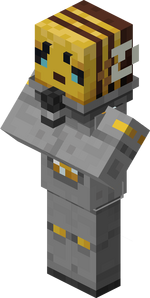 Non Player Characters (abbreviated as NPCs) are both passive and interactive mobs that have model similar to villagers. They are exclusive to Education Edition and Bedrock Edition.[1]

Unlike other entities, NPCs do not spawn naturally; they can be spawned using the NPC spawn egg (it can be obtained with the following command: /give @s spawn_egg 1 51), or by using the command /summon npc. When spawned, an NPC displays a name hovering over its head. The default name is "NPC" with a color code of §e, resulting in the name being yellow.

To spawn an NPC with its spawn egg, the player must have the Worldbuilder authorization, automatically granted to players in Creative mode, or by using the /worldbuilder command.

NPCs have no AI. They can neither move nor be pushed by other entities. They also cannot take damage nor be affected by potions. Nevertheless, the NPCs can still turn their body and stare at the nearest player if close enough. The NPCs can be pushed by sticky pistons from below or sides with a slime block attached and they can slide on ice when pushed. NPCs can also block minecarts from passing. Minecarts cannot go through NPCs.

NPCs are invincible, meaning that projectiles pass through them. However, if an NPC falls through the void, they instantly despawn.

Name
The name of an NPC can be entered in the top text pane titled "Name". The text limit for the name is 32, and the color can be changed by using the color codes as by default the color is yellow (§e).

Dialog
The dialog box located right below the "Name" and often used as a tool for guiding. The text limit for the dialog is 256, although in some cases it appears as 337.

Appearance
NPCs appearance are selectable, to change the skin simply just by left clicking on the preferred skin.
There are currently 20‌[Bedrock Edition only] or 35‌[Education Edition only] skins available for the NPCs and defaults to the yellow-robed NPC.

Advanced Settings
The advanced NPC settings consists of URL and commands. They are used to create interactive buttons. The current maximum advanced settings that can be added is 6.

URL‌[Education Edition only]
The URL feature allows the player to add a hyperlink button. The URL can be entered at the first input box below the title up to 1024 letters.
To change the button name or label can be proceeded by filling the input box titled "Button Name", the current text limit for the label is 16 letters.
When added, the button appears only if the player has the world builder permission disabled. The button label defaults to "Learn More" and the color defaults to blue, it can be changed by using the color codes.
Command

This page would benefit from the addition of more images.
Please remove this notice once you've added suitable images to the article.
The specific instructions are: Teacher and Construction Worker NPC skin renders

Issues relating to "NPC" are maintained on the bug tracker. Report issues there.