Mossy Cobblestone is a block that was first introduced in Survival Test, and that remains in all later versions of Minecraft. It looks similar to cobblestone, but it has moss growing in its cracks. They primarily compose the floors of dungeons, jungle temples, and Moss Stone Boulders in giant tree taiga biome in collections of 30–64 blocks, but as of update 1.8, they can be crafted.

Mossy Cobblestone requires a pickaxe to harvest, otherwise it will drop nothing. 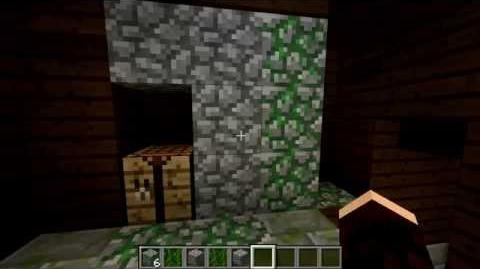 A dungeon. Note the mossy cobblestone on the floor.
Add a photo to this gallery
Retrieved from "https://minecraft.fandom.com/wiki/Mossy_Cobblestone?oldid=234694"
Community content is available under CC-BY-SA unless otherwise noted.