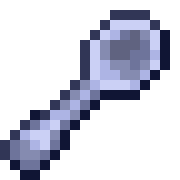 Mining Fatigue is an effect that reduces mining and attack speed, opposite to Haste.

While afflicted, a player can still craft and ride entities as usual, but cannot remove most vehicles due to how slowly the vehicle can be broken.

The affliction is cured by drinking milk, although milk does not prevent a subsequent affliction by an elder guardian, which can happen within a few seconds‌[Java Edition only] or immediately.‌[Bedrock Edition only] Axolotls can also remove this effect, if the player helps an axolotl kill a mob while an axolotl was battling that mob.

The only natural cause of Mining Fatigue is from affliction by an elder guardian, and the only natural effect level is III. Other levels can be achieved via commands.

In Java Edition, once per minute, elder guardians in the vicinity search for any player within 50 blocks to afflict with Mining Fatigue III. A player cannot defend from this attack. Concealment behind blocks, underground, or by a potion of invisibility offers no defense.

Issues relating to "Mining Fatigue" are maintained on the bug tracker. Report issues there.