Edit
This article is about minigames in general. For minigames in Legacy Console Edition, see Mini games.
This page has been tagged for and is currently awaiting deletion pending the criteria below. [delete] [discuss, links]
Criteria: This page should be deleted only when a consensus is reached on the style guide talk page.
Reason: None specified

Spleef is a popular minigame where players attempt to break blocks under their opponents in order to cause them to fall. The game takes place on a map made of 1 block thick layers often made of snow since it can be broken quickly. Multiple layers are often used to allow players to fall multiple times without losing. The objective is to be the last player or team standing. PvP is normally disabled to ensure players are not punched off the map. Most spleef games have a method to allow players to break blocks from a distance, such as snowballs that break blocks.

Ultra Hardcore, or UHC (Ultra Hardcore Challenge), is a PvP minigame which allows most activities of normal survival, except that players do not regenerate health naturally. Players must either complete the game or defeat all the other players or teams. The game is usually played on a large, automatically generated map, with a border which shrinks over time to encourage players to fight each other.

SkyWars is a PvP minigame. The map consists entirely of islands floating in the sky, meaning that a player who falls off the map dies in the void. Each player usually starts on a different island, on the outside of the map, and must bridge in order to reach other players and inner islands. Chests are scattered throughout the map which contains blocks, food, armor, and weapons. Chests closer to the center tend to contain more powerful items. The objective is to be the last player or team standing.

TNT wars features even teams of players building TNT cannons to try to blow up the other team(s). There is sometimes a wall in between the islands that you have to blow up.

BedWars is a PvP minigame similar to SkyWars, except that players start with a bed on their starting island. Players use various blocks to protect their beds while attempting to break other teams’ beds. The player can respawn at their starting island an infinite number of times until their bed is broken, though they must normally wait a short time before respawning. In some versions, players do not lose hunger points. Some multiplayer servers feature variants such as CakeWars, TreasureWars or EggWars where a cake, dragon egg, or chest or similar item is used instead of a bed.

BedWars tends to use a resource system instead of high loot chests. Resources spawn over time in generators across the map; generators for basic resources are located on starting islands, while more valuable resources are generated on inner islands. Some servers use a store system. Resources can be spent in shops located on starting islands to purchase blocks, weapons, armor, and other items. An example set of resources which a server might use is shown:

In Build Battle, players compete to build the best build based on a given theme within the time limit.

Players begin the game by voting on a theme. Then they have a set amount of time to build a build that fits the theme, normally using creative mode and sometimes with world edit. Players are restricted to a set plot during this time and usually cannot see other players' builds. Once the build time has elapsed, players are shown each other's builds one by one and rate them. The player whose build has the highest average rating among all players wins.

Parkour is a jumping game often played alone. Players must navigate their way through a pre-designed map by jumping between platforms. Sometimes dynamic elements such as pistons or additional rules such as that the player must always be sprinting are added to increase the difficulty. If parkour is competitive, it is normally a race between players; there is not usually a way for players to interact with each other.

Survival Games, sometimes known as Hunger Games, is a PvP minigame based on the book series The Hunger Games by Suzanne Collins. Players spawn in the center of a pre-designed map. Chests containing food, armor, and weapons are scattered throughout the map, with a much higher density of chests in the center. The main objective is to be the last player or team standing, though often players are also rewarded for the number of other players they kill. Players cannot normally place or break blocks.

In some games, the map's border shrinks over time to encourage players to fight each other. Sometimes players are teleported to a deathmatch arena if the game lasts long enough. 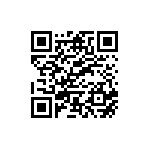 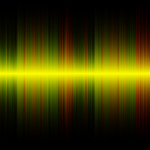