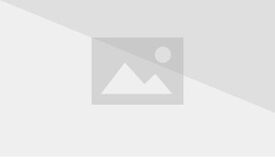 Olivia is one of the main characters in Minecraft: Story Mode. She is friendly, an expert builder; especially at constructing Redstone contraptions, one of Jesse's closest friends, and is a member of Jesse's Gang. She is voiced by Martha Plimpton in Season 1 and by Natasha Loring in Season 2. She first appeared in "​The Order of the Stone".

Olivia has dark brown skin, black eyes, and black hair styled in pigtails. She is accessorized in white earrings, light purple eyeshadow, a lime-green beanie with a pair of goggles over it. She wears a red, sleeveless tunic over a white shirt, black trousers, and gray leather boots. In Episode 4, she dons an armor similar to Ellegaard's, consisted of a black covering complete with gold linings, red shoulder guards, a white long-sleeve shirt underneath, black pants, and heavy brown boots. Her armor is finalized with a red gem (probably redstone), a brown helmet, and golden goggles.

Throughout Season 2, Olivia wears a red overcoat embellished with gold buttons. She wears black leggings underneath, and gray boots similar to the ones from Season 1. In addition, Olivia has also kept her green beanie and goggles, as well as the white earrings, though she no longer sports her signal pigtail hairstyle. Her mouth has visibly shrunk in size as well.

Olivia is a very intelligent and affectionate character who has a sharp sense of humor.

In Season 1, Olivia can be seen as someone who is easily worried. She is often not very confident, but still tries to make the best out of the situations, regardless of how dire they are. She is also constantly worried about what others think about her and her friends. She seems to be very negative about a situation, and even thinks about giving up in the process.

"I thought I was your best friend!"
—Olivia to Jesse. (Determinant)

"So, does this source of yours make posters for a living?"
—Olivia to Axel.

"I'm for all kinds of parties to have. But especially for them I celebrate winning."
—Olivia to Jesse at EnderCon. (Determinant)

"Subtle. As a punch to the face."
—Olivia to Jesse at EnderCon.

"If the Order can't even do this, how are we supposed to?"
—Olivia to Jesse in the Far Lands.

"She wants me to do something for her? What if I screw it up? What if I- Oh, I feel, lightheaded..."
—Olivia about Ellegaard right before she faints. (Determinant)

"You mean, Lukas and Petra are still with you? That's such a relief!"
—Olivia to Jesse. (Determinant)

"You guys are working way too hard!"
—Olivia preparing her arrow dispenser contraption at the Old Builder Temple.

"That Atlas is so cool. I'm so glad Otto let you keep it."
—Olivia to Jesse at the Order Hall.