This page describes content that exists only in outdated versions of Minecraft Earth.
This feature used to be in the game but has since been removed.
Bone Spider

A bone spider is a type of spider that was covered in a bone texture found only in Minecraft Earth.

Bone spiders were a boney variant of the spider. Unlike regular spiders, it possesses dark-purplish skin with four purple main eyes and four smaller eyes, and had what appeared to be various exposed bones on its body, which included a front skull, a backbone that stretched from the thorax to the abdomen, and leg bones on the sides of its legs.

. Additionally, they shot bone shards as a ranged attack. 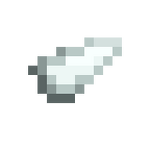 of projectile damage upon being hit.