Minecraft Dungeons is an action-adventure role-playing video game developed by Mojang Studios, Xbox Game Studios and Double Eleven. It was released on May 26, 2020, for Windows (via Minecraft Launcher and Microsoft Store), Xbox One, Nintendo Switch, and PlayStation 4, on November 10, 2020 for the Xbox Series X|S, and will be released on Steam for Windows on September 22, 2021.[3]

The game is available on the following platforms:

There are two different editions of the game:

Main article: Gameplay
See also: Exclusive features
The game supports up to four players and features various new weapons, items, and mobs, as well as a variety of environments to explore and an overarching quest that sees the player characters, heroes, face off against a main antagonist, called the Arch-Illager. The game has specific quests and locations, along with procedurally generated elements.[18] The player is not restricted to one class, and can pick up more armor or weapons and use them. Players can not build or mine because the game is focused on action/adventure. The game takes place both above ground and below. Players can re-play levels they have previously beaten. There is a camp "hub world" that takes place in part of the tutorial level, Squid Coast, with shops unlockable by saving their merchants. Missions are procedurally generated, and Mojang was considering using world seeds.[19]

Players can choose their avatar from a variety of heroes provided, with additional heroes available as paid DLC. Character creator skins as well as skins purchased in vanilla Minecraft are not available for use in Minecraft Dungeons.

The hero is the character that the player controls in the game. When starting a game, the player can choose a cosmetic hero that they can use throughout the game. All of the heroes are purely cosmetic and do not offer special powers.

When selecting a hero, all loot, levels, and progress gained stays only on that hero and does not carry over into other heroes that the player plays as. If the player started a game with a hero, but changed their mind and wants to play as a different hero with different loot, they can duplicate the hero with the same loot the original hero had.

When the player starts up the game for the first time, the hero that they select begins at the Squid Coast. They then progress through the other locations, such as the Creeper Woods, until they reach the final mission of the base game, the Obsidian Pinnacle. Sometimes a location can generate a room that allows access to a secret location, such as the Creepy Crypt, the Lower Temple, the Soggy Cave, Arch Haven, or the Underhalls. Other missions can be accessed by proceeding through the missions normally, such as the Pumpkin Pastures, Redstone Mines, the Desert Temple and Highblock Halls. Most of the locations of the main story with the Arch-Illager take place on the mainland. Other locations are available only through the DLC packs. The secret location, ???, requires heroes to collect all 9 runes after defeating the Arch-Illager.

Weapons are tools that can be used to damage entities with either melee or ranged attacks. They can be enchanted to increase their effectiveness.

Armor is used to protect the hero from damage and provide additional health. It can be enchanted to increase its effectiveness as well as provide miscellaneous uses to the hero, like a burning aura through the burning enchantment or a chilling aura that slows mobs through the chilling enchantment, both of which doesn't necessarily boost protection, but provide more utility to the hero.

Artifacts are objects that the hero can use to gain a significant power-up, damage foes, heal allies, etc. They behave like spells which provide an effect and are on a cooldown timer. The effectiveness of artifacts can be augmented through certain armor enchantments.

Consumables are non-equipable items that randomly drop during gameplay to restore health, ammo and provide temporary positive Status effects to the hero as well as deal massive splash damage to foes.

Cosmetics include capes and pets that provide no functional benefit to the hero and are designed for cosmetics and looks. Capes can either be obtained by players who own the Hero Pass, are free or were obtained by completing a set amount of Seasonal Trials. Pet cosmetics are either free or require the player to purchase DLC to be equipped.

Heroes can gift weapons, armor and artifacts to heroes made by other players by interacting with the gift wrapper.

Mobs (short for "mobiles") are creatures encountered throughout the game. Most in Minecraft Dungeons are hostile and attempt to destroy the hero on sight, some are passive and never attack, and few are neutral that attack only if the hero attacks it first. Mobs summoned by the hero are friendly, cannot be directly damaged by the hero, and attack hostile mobs.

There are four broad types of hostile mobs that the heroes fight in the game: mobs, enchanted mobs, mini bosses, and bosses.

Throughout the game, mobs ambush the hero and a rising gate blocks further progression until all mobs that spawned in the ambush are defeated. The Arch-Illager can be seen initiating most of the ambushes on the Mainland.

Minecraft Dungeons is set in the same universe as Minecraft.[3] Unlike Minecraft, which is a sandbox, the game features a linear, story-driven campaign, and cutscenes. The opening cutscene tells the story of an outcast Illager named Archie, who was rejected by all those who he met. One day, he stumbled upon a powerful artifact known as the "Orb of Dominance," which granted him great powers but also began to influence his decision making. The power-hungry "Arch-Illager" then sought vengeance on all those who wronged him, and soon subjugated the world with his new army, raiding villages, forcing villagers to work as slave labor, and leaving only chaos behind. It's now up to the hero to stand up against the Arch-Illager's tyranny in order to defeat him and save the world.[20]

The hero explores various locations in their quest to stop the Arch-Illager, fighting his army and completing quests in order to pass on to the next level. Ultimately, they face the Arch-Illager in his castle, defeating him and shattering the Orb of Dominance in the process, which frees Archie from its influence. Afterward, they show kindness to Archie, much to his surprise, and together they celebrate that evil has been defeated and the world saved, though the Orb is later shown to be rebuilding itself.

The DLC packs continue the story as follows:

The game was announced at MINECON Earth 2018.[18] It appears as a visually enhanced version of the base Minecraft game, but has a different gameplay style.[21] The game is inspired by classic dungeon crawlers.[3] On September 17, 2019, Double Eleven announced that they are assisting Mojang Studios and Xbox Game Studios with development, particularly with multiplayer and the console versions.[22]

Guide to Minecraft Dungeons: A Handbook for Heroes

Main article: Guide to Minecraft Dungeons: A Handbook for Heroes

Minecraft Dungeons: The Rise of the Arch-Illager

Main article: Minecraft Dungeons: The Rise of the Arch-Illager

Minecraft Dungeons: The Rise of the Arch-Illager is a novel about the background story on the origins of the Arch-Illager by American author Matt Forbeck. It was published by Del Rey Books on July 7, 2020 in North America and on July 9, 2020 in the United Kingdom.[29][30] It was released as a hardcover, e-book, and audio book all of which were available to purchase on the same day.[30]

Minecraft Dungeons also has its own LEGO set called "21163 The Redstone Battle", which features the four main heroes Valorie, Hex, Hal and Adriene along with the Redstone Monstrosity and the Redstone Golem, as well as a Piggy Bank. It was released on June 1st, 2020. Another Minecraft Dungeons LEGO set was revealed which is called "21176 The Jungle Abomination" which features the two heroes of the Jungle Awakens, a Mossy Skeleton, an Iron Golem, an enchanted Creeper, a Poison-Quill Vine and the Jungle Abomination itself. It was released on August 1st, 2021.

This article is a work in progress.
Please help in the expansion or creation of this article by expanding or improving it. The talk page may contain suggestions.
Note: New Layout for Dungeons Alphabet as "the Standard Galactic Alphabet" section from Enchanted Table page.
Minecraft Dungeons have its own English alphabet. These letters are using in Ancient Hunts or map structures. 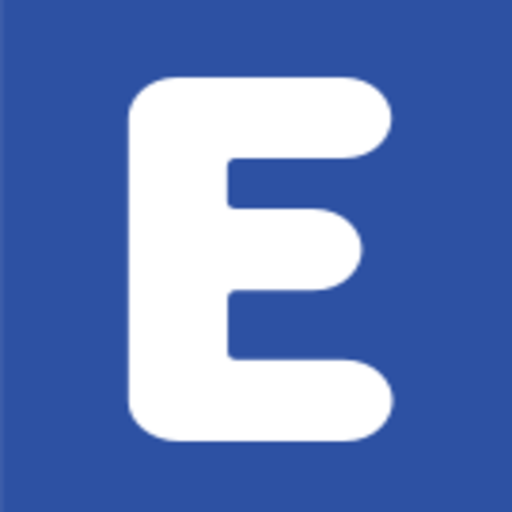