This Minecraft Dungeons article is a stub.
You can help by expanding it.
Wild Rage 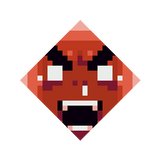 Wild Rage is an enchantment in Minecraft Dungeons that grants the player a small chance to send a mob into a "rage" that makes it hostile towards other hostile mobs. The chance of this activating increases with each tier.

Rage lasts less than three seconds, and the Enraged mob remains a valid target for the players, unlike mobs charmed by the Love Medallion which have the duration of 10 seconds before they die.