This article is a work in progress.
Please help in the expansion or creation of this article by expanding or improving it. The talk page may contain suggestions.
Note:
Tower Wraith 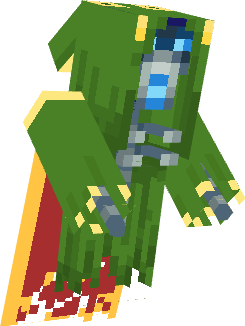 A tower wraith is an undead hostile ghost-like mob found in Minecraft Dungeons. It is a stronger variant of the wraith.

Tower wraiths are undead ghost-like mobs that resemble a skeleton but composed of a skull and a small rib cage. Unlike the normal wraith, the tower wraith wears armor similar to the tower guards with black robes. They also have a poisonous variant wearing green robes, both of these variants often seen with the tower guard's cape behind them.