This article is a work in progress.
Please help in the expansion or creation of this article by expanding or improving it. The talk page may contain suggestions.
Note:
Soggy Swamp

The Soggy Swamp is the fourth location in Minecraft Dungeons. Upon loading, there is a secret generated that, if found, grants access to the Soggy Cave. It is not necessary to complete the Soggy Swamp to finish the main story. It is unlocked after completing the Creeper Woods.

The Soggy Swamp is large swamp based on the Swamp biome. Captured here is the Gift Wrapper. The swamp's terrain is uneven and waterlogged, making it hard to navigate. It contains many islands and ruins surrounded by a vicious, poisonous substance. Many Witch Huts are dotted throughout the mission. The area is surrounded by a dense fog and vile green water. There are plenty of potion ingredients such as mushrooms lying around. An obsidian chest can sometimes be found in this level, which is commonly located at the ruins before the boss battle. A Piggy Bank spawns in the cave section in this location near a powerful mob.

Soggy Swamp is the home to the cruel witches and green slimes. The witches provide the Illagers with greater power by concocting witch brews to help control the evil Illagers so that they are better in following the orders of the Arch-Illager. These Witches' brews sit simmering in large cauldrons at the heart of the swamp.

This article is about the one-pixel ambience mob in Minecraft Dungeons. For the upcoming arthropod mob for The Wild Update, see Firefly. 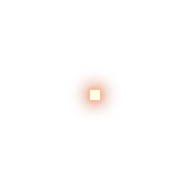 A firefly is a ambience mob seen flying near light.

Fireflies are small flying bugs. They glow and are only one pixel big, making then the smallest mob in the game.

The firefly's behavior mostly consists of it just flying around near light since they were only made to improve the atmosphere of the mission similar to mobs such as starfishes and vultures.