This Minecraft Dungeons article is a stub.
You can help by expanding it.
Rushdown 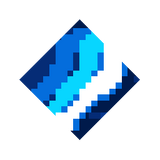 Rushdown is a melee enchantment found in the Howling Peaks DLC which grants the player 100% increased speed upon defeating a mob temporarily. It is a natural enchantment of the Tempest Knife and its unique variants, the Chill Gale Knife and the Resolute Tempest Knife.

Any melee weapon enchanted with Rushdown allows the player to get 100% increased speed temporarily after defeating a mob.