This Minecraft Dungeons article is a stub.
You can help by expanding it.
Radiance (Shot) 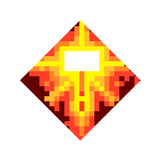 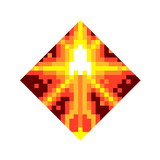 Radiance (named Radiance Shot on ranged weapons) is an enchantment in Minecraft Dungeons that grants a chance to create a circular area that heals allies.

Radiance creates a circular area that heals allies. The amount of health healed inside the circle increases with each tier. It is one of few enchantments applicable to both melee weapons and ranged weapons.

For melee weapons, Radiance is categorized as Powerful, and the effect appears centered on the user.

For ranged weapons, Radiance Shot is categorized as Common, while the healing area appears on the mob the attack lands on. If the enchantment is put on a melee weapon, it also heals the player and anyone else in the aura. Radiance also heals any summoned wolves, llamas, iron golems, bats, bees, enchanted sheep, and soul wizards. Also mobs tamed by a Love Medallion can be affected.