This article is a work in progress.
Please help in the expansion or creation of this article by expanding or improving it. The talk page may contain suggestions.
Note:
Orb of Dominance 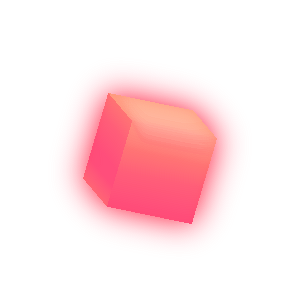 The orb of dominance is a sentient object in Minecraft Dungeons that manipulated the Arch-Illager into believing that it could help him reshape the world into a society that he would be accepted into.

Despite being called an orb, the orb of dominance is a 5×5×5 cube that is the size of a mob head in the base game. No pieces of the cube that large were seen in the ruins during the final cinematic atop the obsidian pinnacle. The shard that corrupted the wretched wraith uses a 6x6x6 texture but is roughly 3x3x3 in size. This would make this shard 27/125ths or ≈0,22 the size of the original orb that corrupted Archie. However, no perfectly cubical piece of that large size was seen in the ruins upon its destruction atop the obsidian pinnacle. Coincidentally, there were multiple 2×2×2 and 1×1×1 pixel shards that were perfect cubes.

The orb of dominance is used by the Arch-Illager to summon ambushes, bosses, and minions. He also uses it to enhance mobs and fire purple blasts at heroes.

Spoiler warning! This section contains detailed information about Minecraft Dungeons: The Rise of the Arch-Illager that may spoil your enjoyment of it. Read at your own risk!

Throughout the game and the prequel novel, the orb of dominance appears to be intensely manipulative. This was made apparent in its corruption of Archie in how it warped Archie’s desire of being accepted within a society. The orb’s corruption of Archie also showed that the orb was very intensely methodical in that the orb was very specific in its many suggestions to Archie and it was not in any way at all concerned with the possibility of failing in corrupting Archie. The orb initially showed Archie the kindness that he so desperately desired, such as when it summoned a plate of food when he was hungry and being willing to listen and support Archie when he talks about his personal issues. The orb’s kinder side is also seen when it suggested to Archie that he should use the six redstone golems to clear a path for him rather than doing so on his own. Upon gaining Archie’s trust, the orb then instilled into Archie a need for vengeance against the individuals who had ostracized him from society. It then convinced Archie that in order for him to get his revenge, they needed to build an army. The orb’s corruption gets to the point where the more Archie confides in and discusses with the orb, the more control the orb gains over its suggestions to Archie. This is seen in how it eventually causes Archie to become increasingly paranoid of betrayal. It uses Archie’s dislike and fear of Thord, and his distrust and suspicions of Walda’s attempted manipulations of him to instill in Archie a paranoia of betrayal. This is explicitly shown in how by the end of the novel, the orb had effectively eliminated every individual that could potentially stop its corruption of Archie, such as getting Archie to attack the village a second time to take prisoners, resulting in Archie’s only friend, Yumi, blaming the attack on him since she had no knowledge of the orb’s corruption. This paranoia of betrayal is also implied in the desert temple mission in the game itself with how the story description states that Archie was planning a raid on the desert temple to take the Nameless One’s staff, despite previously making an uneasy alliance with the Nameless One in the prequel novel. It is implied that the paranoia of betrayal that the orb had instilled within Archie led him believing that the only way to prevent the Nameless One from betraying him was to betray their uneasy alliance first. Just like how it only took a few non-genuine acts of kindness from the orb to ensnare Archie, all it took to free him from the orb was being spared by the heroes atop the Obsidian Pinnacle, allowing him to join their society.

The orb can put its victims into a trance-like state. After that, it manipulates them with the promise of power at the price of complete obedience.

Atop the Obsidian Pinnacle, after the Arch-Illager's health is reduced to 0, the orb transforms into the Heart of Ender. After its defeat, it shatters, freeing Archie from its influence, who celebrates its destruction with the heroes.

However, the Orb was able to retain its power and survive, albeit in small shards. One of these shards made its way to a jungle, where it formed the Jungle Abomination by corrupting various objects and plants, awakening the jungle itself. Another shard went to a lively island, where it corrupted a wraith, covering the island in a Creeping Winter. The third shard landed on top of a mountain, corrupting the ancient protector of the Gale Sanctum, causing howling winds. A fourth shard dived into an ocean, which emboldened and corrupted an elder guardian, disrupting the ocean currents.

After all four of the stray shards in the Overworld were destroyed, it was discovered that two endermen had recovered the reformed remains of the Orb from the ruins of the Obsidian Pinnacle, taking it through the End Portal. Since then, the Heart of Ender lived on in the darkest reaches of The End, leading to a journey to destroy the ethereal remnant of the orb of dominance. It is finally destroyed for real with the defeat of the Vengeful Heart of Ender.