This Minecraft Dungeons article is a stub.
You can help by expanding it.
Looting 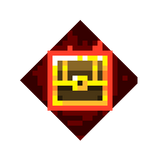 Items naturally with this enchantment[edit]