This article is a work in progress.
Please help in the expansion or creation of this article by expanding or improving it. The talk page may contain suggestions.
Note: Test if the enchantment can affect multiple mobs.
Levitation Shot 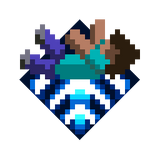 Levitation Shot is an enchantment in Minecraft Dungeons added in the 1.10.2.0 update that causes mobs to float and take fall damage after being shot.

Any ranged weapon enchanted with Levitation Shot causes mobs that got shot to levitate briefly and take fall damage after the player does a roll. The chance of fall damage increases per tier with the highest being 300% fall damage.

Note: It can only affect a single mob even when hitting multiple with Multishot/Chain Reaction. It's not known if the same is true for the Winter's Touch/Snow Bow or Scatter Crossbow/Harp Crossbow/Lightning Harp Crossbow