This Minecraft Dungeons article is a stub.
You can help by expanding it.
Leeching 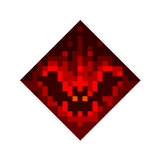 Leeching is an enchantment in Minecraft Dungeons that will heal the player a small amount whenever a mob is defeated. The amount healed is a small portion of the maximum health of the target mob. The amount of health leeched from the mob increases with each tier. This is also excellent for measuring the mob's HP as well as comparing other mobs' HP. Leeching will not occur if the target mob dies from Poison, Fire, Lightning, Shockwaves or Swirling.

Items naturally with this enchantment[]

Any melee weapon enchanted with Leeching grants the player a small amount of health when defeating a mob, the health acquired is based on the mob's HP and is useful for determining a mob's HP.