This article is a work in progress.
Please help in the expansion or creation of this article by expanding or improving it. The talk page may contain suggestions.
Husk 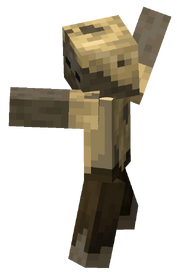 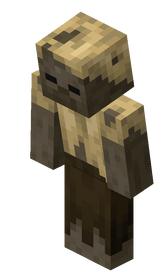 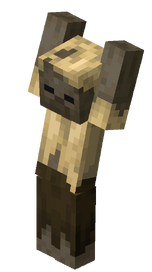 A husk is the desert variant of the zombie found in Minecraft Dungeons.

A husk's appearance in Minecraft Dungeons is resembles its normal counterparts in the base game. The only difference is that they walk in a hunched position when approaching the hero. They are noticeably bigger in size than the zombie. In the Minecraft Dungeons Arcade game, they have the exact same height, health, and behavior of a normal Zombie. They also have an exclusive armored variant in the arcade game.

Husks attack nearby heroes and pets with their fists, similar to zombies in terms of speed but slower. They have higher defense, making them harder to kill than normal zombies.

Husks cannot be stunned by normal attacks, except shock powder and any weapon with the Stunning enchantment.